Why are Gigabyte Power Supplies Failing? 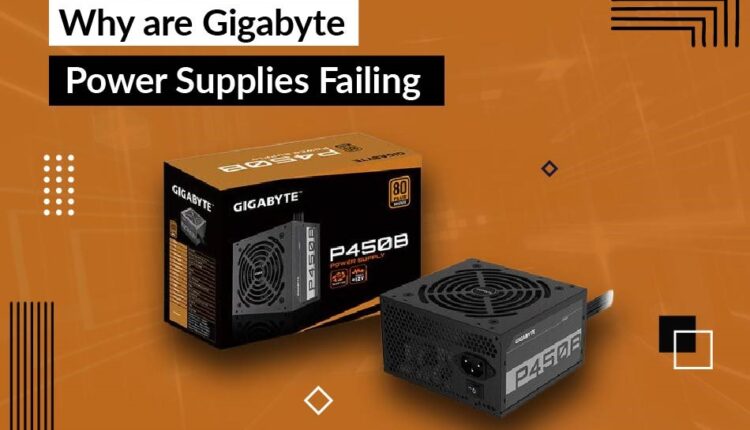 The power supply is used to provide power to all the parts inside a computer system. It converts a 220-230- or 110-115-volt AC current into a low-voltage steady DC current. It is usually situated at the top backside of your system. At the front of the fsp460-60glc – Sparkle 460-Watts, you can find a number of cables, which are connected to the computer’s motherboard and various other components.

These days, we have been listening to news that Gigabytes power supplies are not reliable and are failing. The PSUs are failing, damaging PC components, and even exploding, after which the company is making some adjustments to fix their devices. Also, Gigabyte is offering an exchange and return program.

It had been supposed that the issue comes from OPP, OTP, or OCP all kinds of power supply protection. We were made aware of potential issues of the power supplies at high wattages when tested through DC Electronic Load for extended lengths close to 120 percent to 150 percent. This level of testing can brutally decrease the lifespan of the device and components of a Sparkle 460-Watts fsp460-60glc Power Supply.

In a statement, Gigabyte acknowledged all the issues in their PSUs. The company sets a limit at 120% to 150% of the advertised wattage — 900 to 1125Watts for the P750GM. One of the positive aspects is that the company is refunding the amount. But this does not justify all the issues customers and reviewers pointed out.

There have been reports that some customers pointed out that their power supply units were dead when they were delivered to them. A lot of them did not buy those self-sufficiently. Also, some of the customers only got 3000 RTX as part of a bundle.

How can you get your Refund?

The company has updated its website along with the guidance on how you can refund your payment. The guide involves step-by-step instructions on how to apply for the Refund. So, after seeing all the Gigabyte’s situation, one can question how to protect their computer from power surges and fluctuations?

Why Do Power Supplies Fail?

A power supply is a component that remains under the most stress because it is the power-conversion bridge among the main grid and the system’s components. It means that the Gateway 730 Watts DPS-730ab has to deal with all the abnormalities of the mains. In low-quality power supplies, the cooling fans and the electrolytic caps are the parts that tend to fail. But we will also discuss the reason behind the failure of a top-class power supply.

To summarize, we can say that high-quality power supply units can fail due to the below-mentioned reasons

You should keep bugs away from the system and employ a UPS, and it can help protect the PSU from voltage sags, brownouts, and surge voltages. Also, the use of quality PSU is vital if you live in an area with an unstable main grid.

Gigabyte is a renowned tech company when it comes to designing and manufacturing motherboards, graphics cards, and power supplies. Although the company has faced issues recently due to the device failing, it is reviving itself. So, that’s all from our side. If you want to buy a Gigabyte or any other power supply like the DPS-730ab – Gateway 730 Watts, you can visit our online platform. We have a number of IT and computer devices which you can buy at discounted prices.

Understanding Consumer Behavior and Why it is Important to Businesses Today